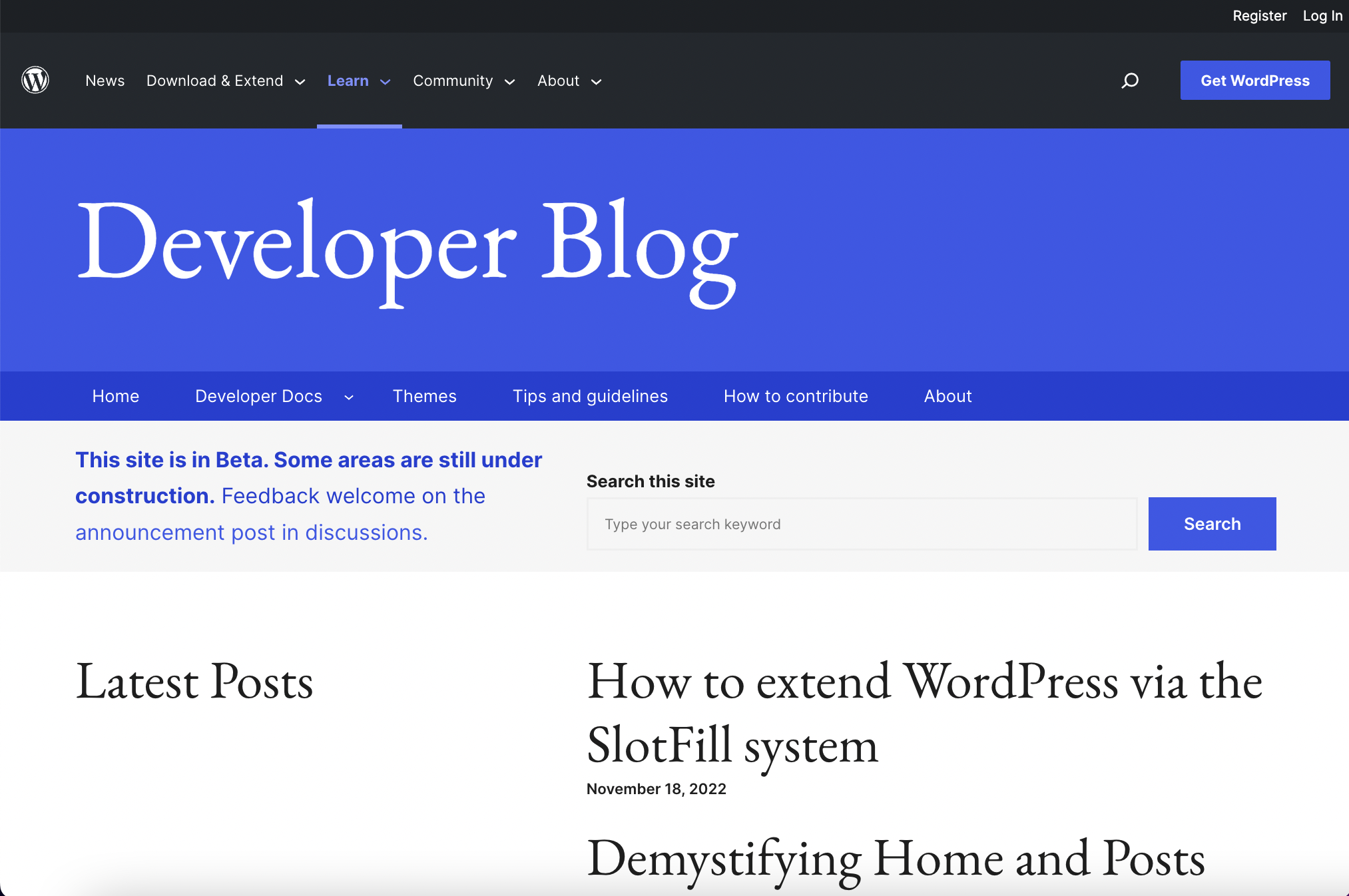 WordPress.org will soon be launching a blog for developers. The blog went into beta at the end of last week and resides on a subdomain of the main site. It is sporting a design similar to WordPress’ general News blog.

One of the big picture goals that WordPress’ Executive Director Josepha Haden-Chomphosy identified for 2022 was the creation of a developer-focused communications site. This new blog is the culmination of an effort that began earlier this year.

“Staying on top of the new features coming to the WordPress open-source project is one of the main barriers expressed by developers,” contributor Birgit Pauli-Haack said in the original proposal.

“The Make Core blog has a heavy emphasis on meeting notes for the various core teams, rather than highlighting new features. This makes it difficult for developers who are not contributors or who just occasionally contribute to find the relevant information among the team-related posts.”

There are already three posts published, which offer a hint at what kind of content WordPress developers can expect on the blog:

The blog’s editorial process is being entirely managed on GitHub from pitches to publication. Anyone who wants to contribute can post to the Ideas board for discussion. Approved ideas become blessed tasks and drafts and go through two reviews. People can contribute by posting ideas, writing posts, or joining the editorial team that reviews posts.

Now that the blog is in beta, contributors are looking for feedback from WordPress’ developer community. Leave comments on the beta announcement or join the next meeting in the core-dev-blog WP Slack channel on December 1, at 13:00 UTC. Subscribe to the RSS feed to never miss a post from WordPress’ new developer blog.