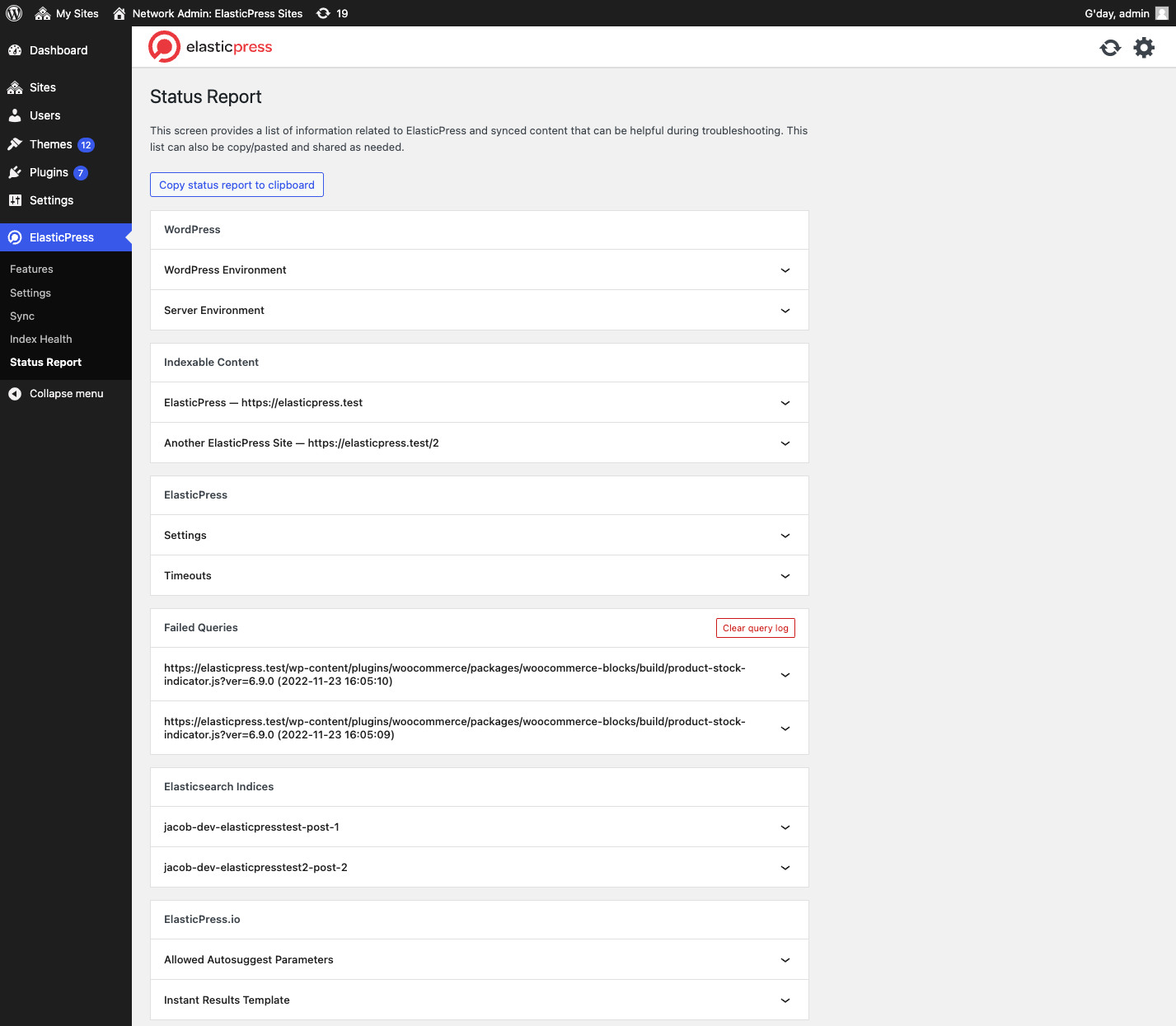 10up has released version 4.4.0 of ElasticPress, its enhanced search plugin that speeds up searching while reducing the load on WordPress sites. The plugin is based on Elasticsearch and is used by customers of the ElasticPress.io service (a SaaS solution), as well as those who are hosting their own Elasticsearch instance.

This update adds a new “Status Report” page in the dashboard with information that can be helpful for troubleshooting ElasticPress and synced content. The UI uses WordPress Planetcomponents for the collapsible sections. Version 4.4.0 introduces a new query logger functionality that stores failed queries (up to 5 in the last 24 hours) and displays an admin notice if failed queries are detected. The failed queries are displayed on the new Status Report page.

Another highlight of this release is the ability to customize the template for Instant Results. It gives developers a JavaScript hook for replacing the component used to render search results in Instant Results. The Instant Results feature was introduced in March with limited customization capabilities. It added a new search modal over the page content that inherits the site’s styles. Developers could adjust the appearance and expose facets, but this new update gives them control over the whole template.

Another small but useful update in this release is the ability to exclude a specific post from Search. This helps site owners further customize the search experience to deliver only the intended results.

Developers who are using the plugin should take note of the announcement included in this release regarding the migration of the Users feature to the ElasticPress Labs plugin, which houses more experimental features:

Check out the full list of updates and bug fixes on GitHub in the changelog for 4.4.0.